I’m currently using MacOS. I am following the beginner’s guide to install Discourse and I ran into an error here with the installation of Yarn. Can someone provide any insight or hints on how to proceed? Thank you! 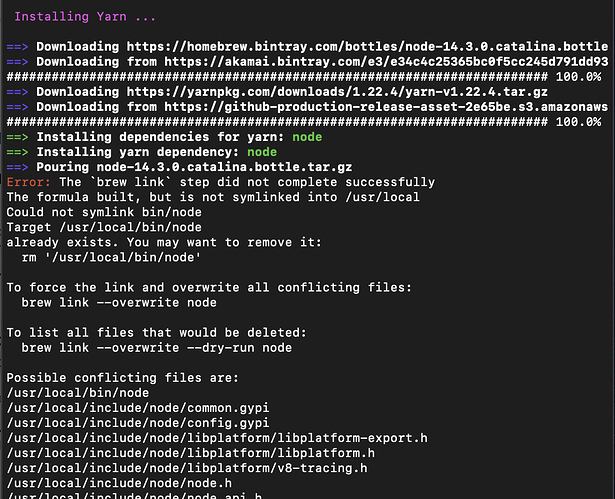 Hey @ac7378, that may be because of your npm version is not compatible. So, you can try re-installing it.

Some of these commands are not necessary depending on how you installed node/npm in the past.

Note: I had stray node files that I found by running brew -v link node (which gave me the verbose output of the linking errors brew was complaining about). You may need to: